At ​​On The Dot Translations, we provide ​professional translation services both to and from Greek, translated to and from any language in the world.

We can deal with any tasks in the fields of marketing, legal, patents, science, technical translation, software localization​ or just basic proofreading. 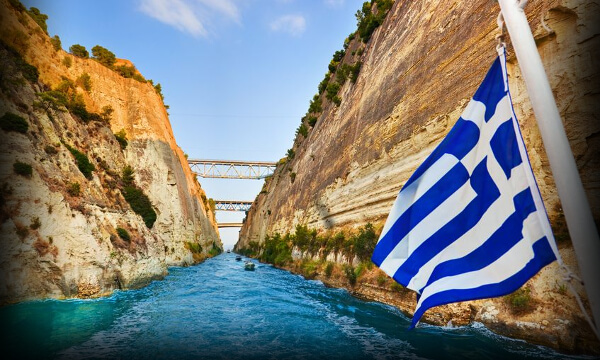 On top of our translation services, we can also localize your software translation by performing tasks such as UI modification and restyling, conversion to local units, media localization, and adaptation and translation of help files and technical materials. We provide a comprehensive suite of testing and Quality Assurance services for all software localization.

​Our most popular language pairs for Greek translations

If you’re thinking about using an automated translation tool like Google Translate, take into consideration the difficulties and localities of the Greek language. If you’ve ever tried using Google Translate, you’ve more than likely come across errors and translations that just don’t make sense, and Greek is one of the most difficult to translate to and from.

That’s why using a Greek manual translator is your best choice if you want to get things right the first time and avoid getting lost in translation. An automated translation tool might work for simple words when trying to find a bathroom on vacation in Athens but could cause a long list of problems when doing global business in other countries.

So Why Choose Us for you Greek Translation tasks?

At Ypetho, we have formulated a multi-level translation and review process that ensures the highest quality and accuracy for any translation needed.

Our Greek translation agency meets the needs of global businesses all around the world, and whether you’re translating from Greek to another language or to Greek from another language, we can translate to and from any language in the world.

Our state-of-the-art translation process includes the use of both computer-aided translation tools as well as manual translation from quality-assured linguists to analyze and produce an accurate translation of the highest quality every time.

Expanding Your Business To Greece

Why is expanding to Greece a good idea at all?

Over the last ten years, Greece has had its ups and downs, but ultimately the Greek economy is on the rise, and expanding business to Greece could serve to be a profitable choice for global businesses around the world.

Before 2001, Greece’s economy had its issues due to rising inflation rates, low growth rates, and rising trade deficits. After their acceptance into the Eurozone in 2001, the country began using the Euro as their currency, and the perception became Greece being a safe place to invest. These lowered interest rates caused an increase in spending which has ultimately helped the Greek economy.

Since 2010, Greece has been a part of three bailouts, and most recently at the end of 2018 had received its final bailout loan. This bailout included the acceptance of continued EU financial supervision, which has been and will continue to be beneficial to the Greek government. Unemployment has fallen and Greece is returning to a time of continued growth. Just a year after emerging from their international bailout, an investment boom has begun, and many businesses and individuals are flooding into Greece.

After years of decline in GDP, the Greek economy is now expanding, and GDP has been on the rise ever since. The Greek government has worked to reform their economy with the help of the IMF and the OECD that has investors and global businesses jumping at the chance to do business in Greece.

Besides the economy, The Greek government is reforming their country as a whole, and now is a good time to begin expanding business to Greece while in the beginnings of its upward movement. Besides the reform of the country and economy, the new Minister of National Economy and Finance has already begun pushing legislation to cut annual property taxes and is reviving a plan for tax arrears to be paid.

For a country that has had its problems in the past, things are looking positive for Greece’s economy, and while years ago could have been risky business, now is a better time than ever before to begin expanding your global business to Greece.

​Ask for a Free Quote
Quick Navigation
​Our most popular language pairs for Greek translations
About Automated Translation Tools
So Why Choose Us for you Greek Translation tasks?
Expanding Your Business To Greece