​​​​Professional Greek to ​Turkish and ​Turkish to Greek Translation Services

When quality Greek translation ​is your top priority, ​​On The Dot Translations is the service you need. We provide the necessary human appeal in our translations and connect with clients on a personal level.

We are fast, accurate, understanding, and available 24/7. We translate many languages ​including Greek to ​Turkish​ translations ad vica-versa.

For businesses and individuals looking to learn and compete in the global market, it takes accurate, user-friendly translations.

From our experiences and many years of research we understand the linguistic nuances of both Turkish and Greek-speaking markets among other variants and cover a broad spectrum of business areas. 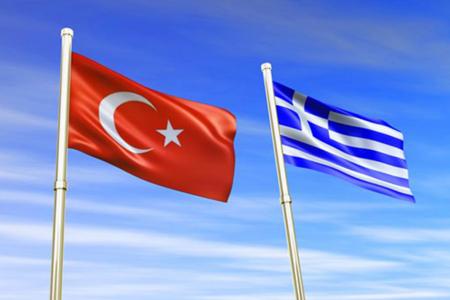 The Importance of Greek and Turkish Translation

The Greek language is spoken in about 7 countries by at least 13.5 million people. Most of them reside in Greece, Turkey, Italy, Cyprus, and Albania and by the Greek diaspora as the country itself borders Turkey to the northeast, Albania to the northwest and North Macedonia and Bulgaria to the north. It’s an official language in Cyprus and Greece spoken by at least 11.8 million people and a recognized minority in more than 6 other nations.

15000 people in some provinces of Albania speak Greek as a de facto provincial language. It’s the longest documented language in the world, having existed for more than 30 centuries and mainly the foundation in which mathematical, astronomical, logical and science texts are made among many other educational areas.

As much as the language’s grammar has undergone changes from being synthetic to being analytical, Modern Greek has preserved many features of ancient Greek. It’s an inflectional language. Apart from it being compound, it has been diminished in comparison to ancient Greek. Verbs, adjectives, and nouns are classified into two; declension and conjugation classes that have different sets of endings.

Turkish, an agglutinative language (most of its grammar is expressed, suffixes added to verbs and nouns), is the most widely spoken of the Turkic languages.

It has no noun classes or grammatical gender. It was used in the Ottoman Empire mainly as an administrative and literary language. Spoken by 88 million native speakers in 13 countries, it’s an official language in Turkey, Northern Cyprusand Cyprus. A minority language in Greece, Iraq, Kosovo, North Macedonia, and Romania. Its alphabet was replaced by the Latin alphabet in 1928. Its extensive angulation and vowel harmony makes it unique and are its main characteristics.

Words borrowed from Arabia and Persia have been suppressed making most of its words neologisms invented to replaces earlier words. Cyprus wrote to the Dutch Presidency of the EU requesting that the European Union add Turkish as the bloc’s 25th official language even though Turkey is not a member state.

Why You Should Use ​On The Dot For Your Translations

While Greek is spoken in Turkey and vice versa, we invest in capturing people’s attention in their own terms in their own language. Translating your documents and web content into Greek and Turkish opens up trade and new opportunities. We help you confidently articulate your ideas in a way that feels natural and native to the other parties when read. There is so much to gain and absolutely nothing to lose!