​​​​Professional Greek to ​Spanish and ​Spanish to Greek Translation Services

Why choose ​On The Dot for your Greek to Spanish translations?

Good Greek translators are incredibly difficult to find, especially when ancient dialects are involved. Spanish has hundreds of millions of speakers worldwide. Greek to Spanish translation can be the key for you to expand your business, build a partnership, or bring your goods and services to a new group of people.

​Look no further. Our global team of Greek to Spanish translators know the language inside and out. They are familiar with technical and industry-specific terms, which means you will have a language expert who is intimately familiar with your business.

​You will also have a dedicated project manager to take care of you from initial request to completion. This guarantees you a reliable point of contact and accurate translations that are perfectly on time and on target. 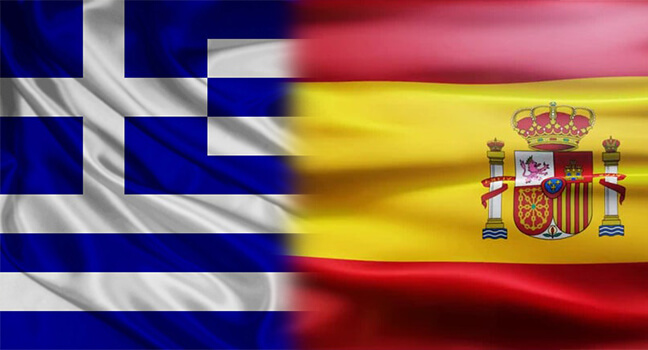 Reach the world in Spanish

Spanish has over 450 million native speakers, making it the second-most spoken native language.

Beyond that, there are 75 million people who Spanish as a second language, and it is one of the most commonly taught languages in schools. This number is projected to rise even more.

There are over 13 million Greek speakers worldwide in countries like in countries like Greece, Cyprus, Italy, and the United States. While English might be prevalently spoken in some of those regions, Spanish is not. Greek can give you access to entirely new segments.

Establish trust with your audience

Since Greek is one of the oldest living languages around, many Greek documents require extremely specialized translators. Different dialects and outdated letters call for expert Greek translators, like our team at OnTheDot, who understand the nuances of the language and can ensure true translation.

Speak the Universal Language of Academia

Greek is one of the predominant sources of the international scientific vocabulary (ISV), Greek texts are still studied by many modern-day scholars, and the Greek language has given way to countless cornerstone philosophical and literary masterpieces. Translating an academic document to Greek gives it lasting power that cannot be attained any other way.

​
Greek is the official national language of Greece and Cyprus, is one of the official languages of the EU, and is a minority language in seven countries. Greece remains an economic hub with a large tourism industry, the largest economy in the Balkans, and membership in NATO, OECD, WTO, and other multinational organizations.

Contact Us For Your Spanish to Greek, and Greek to Spanish Translation Needs

​Our translation professionals are here to help with your project, whether it be Greek to Spanish or Spanish to Greek. We work hard to deliver error-free translations that help convey the tone and message of your business. Call or email us today for more information!

​Ask for a Free Quote
Quick Navigation
​Our most popular language pairs for Greek translations
About Automated Translation Tools
So Why Choose Us for you Greek Translation tasks?
Expanding Your Business To Greece