The Short History of Silicon Valley

For many years, Silicon Valley has been characterized as the catalyst for the technological advances that have changed the world. In that remote corner of California, visionaries like Steve Jobs helped to modify the conception of modernity from the austere garages of their homes. Now, year after year, the most powerful and emblematic models of electronic devices are launched to the market by these enigmatic titans.

But it is only now, that these geniuses seem to have realized the potential that their companies have to develop their brands, not only through their products, but through their spaces. Today, a new architectural revolution emerges south of the Bay of San Francisco, initiated, no less, than by the same companies responsible for radically transforming the present and future of electronic sciences: Apple, Facebook, Google.

Located in the southern part of the San Francisco peninsula in the Santa Clara Valley, Silicon Valley encompasses several counties such as Cupertino, Mountain View, Palo Alto and Menlo Park, to name a few. At the beginning of the twentieth century, the region was dominated by agriculture and owed its popularity to fruits harvested in its gardens. Due to the strong presence of the Navy in the port of San Francisco, the surrounding areas became centers of development of aerial and communication technologies.

History of the Silicon Valley

The history of Silicon Valley as the technological mecca that it is today, began to develop in the late thirties, when William Hewlett and David Packard founded Hewlett-Packard Co., in their garage in Palo Alto, turning this structure into an icon, listed in the National Register of Historic Places in the United States, and in the cradle of technology and the most famous piece of real estate of the legendary HP company.

In the early fifties, Stanford University founded its Research Park in Palo Alto, creating a new typology of technological campus and anticipating the future urban configuration of Silicon Valley. Among the first tenants attracted to the new industrial park was Varian Associates, followed by Hewlett-Packard, General Electric and Lockheed.

Unlike other centers or technological districts, the new research park, whose sole purpose was that of innovation in the sciences, promoted collaboration among university, governmental and private entities. Its buildings, completely banal and extremely flexible and economical, were about to disappear to allow researchers and scientists to devote themselves to developing knowledge. During the following decades, the establishment of other research laboratories, such as IBM in San Jose and PARC (Palo Alto Research Center Incorporated) of Xerox, helped to reaffirm Silicon Valley as the technological center of the West Coast, which contributed its proximity to Universities such as Stanford and Berkeley, as well as their contributions to advances in information technology and hardware development.

Despite the fantastic whirlwind of invention and innovation that has developed in the region, today, Silicon Valley is a typical American suburb, disappointingly anticlimactic. Plagued by industrial parks and ordinary office complexes, the area is characterized by a clear lack of urban design and a complete void in terms of the sense of city.

There are several theories as to what was the main reason why Silicon Valley did not care much about the appearance of its offices or the image they give their clients or their employees.

The first and most logical point is that, when the companies that started out as small laboratories grew, they searched and settled in the industrial parks that the local market offered. In the beginning, many of these companies did not have a clear notion of their future, so they looked for commercial spaces as cheap as possible that offered maximum flexibility, both to expand and to contract if necessary.

This philosophy fueled a corporate culture of economic spaces and without ostentation. The important thing was what happened in the laboratories, not the appearance of them. Over time, the personality of technology companies has evolved and is currently characterized by putting all their efforts in attracting - and maintaining - the best talent in the world. One of the resources to achieve this is to offer programmers, engineers and scientists the greatest possible comfort in exchange for their brilliant ideas, which has turned their campuses into micro-cities, with 24/7 attention within the same environment. There is no need to leave the building to eat, socialize, relax, exercise or carry out personal projects. This phenomenon has created isolated experiences and has increased the lack of activities outside the complex that stimulate the urban spirit. Part of the problem is that most people who work in these companies do not live in the Valley,

To make the urban problem even more complicated, technology companies are highly secretive entities, with strict confidentiality agreements and a hermetically closed structure to the outside world. The current technology camps deny the city.

However, after decades of lack of attention, the giants began to become aware of the need to reflect their essence through their buildings and to turn them into global icons of their values. Unquestionably, Apple understood and expressed this opportunity to establish that design matters and ensure that this message is reflected in the architecture of all its commercial spaces. Taking this idea to the next level, Steve Jobs forever altered the status quo, once again, unveiling in 2011 the new Apple campus in Cupertino, designed by Foster + Partners. With 3 million square feet, the new, ultra-modern and ultra-sustainable campus will house 12,000 workers in a four-level circular building approximately one mile in circumference. 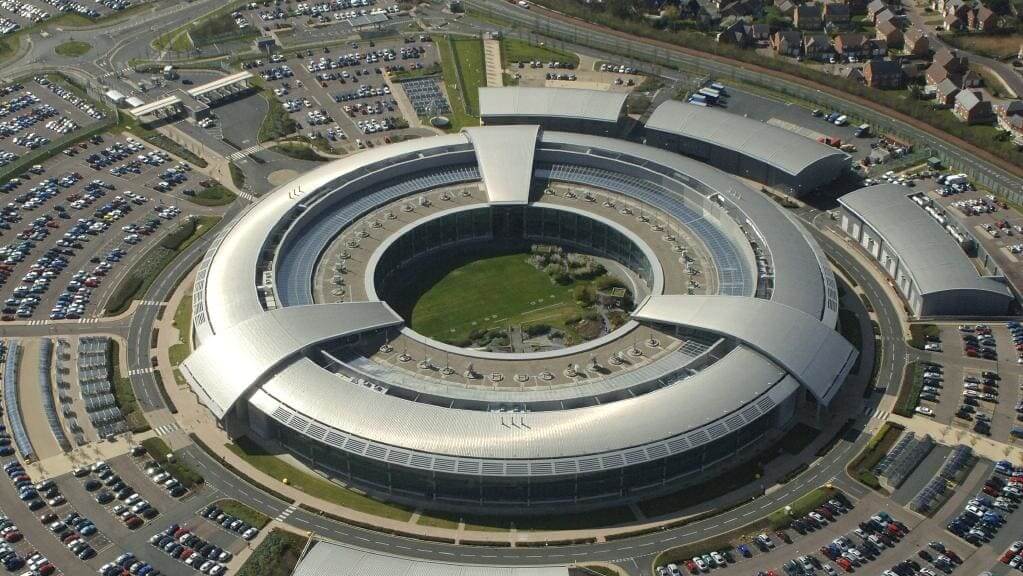 By containing the campus within a single building, 80% of the 176-acre site is released and restored to the natural landscape of California. By creating an indoor park at the center of the "spaceship" - as Jobs himself called it when presenting it to the City Council - the project refers to the configuration of the Stanford atrium and the apricot gardens that once covered the region.

The effect that has been unleashed seems to be endless. In 2012, Facebook announced its own expansion by unveiling the project for a new 433,555-square-foot campus, designed by Frank Ghery. Based on the principle that interaction leads to innovation, the philosophy of Mark Zuckerberg is "all in one space". The project is configured as a large free-standing rectangular building whose sloping walls will contain curvilinear rows of desks and meeting spaces grouped in clusters all along. The building can be traveled from end to end without passing through any door. Through a ramp, the 2,800 engineers who will work on campus will have access to a green roof strewn with grass, trees and vegetables that will also help to decrease the solar load passively. The project, which received approval to be built by the City Council of Menlo Park.

The computer graphics maker, NVIDIA, also decided to expand its offices by commissioning, in 2013, Gensler with two triangular buildings of 500,000 square feet each - inspired by the shape of the basic module of video game graphics. As they had recognized their counterparts, these buildings, originally planned in two phases, would serve as a symbol and physical manifestation of the vision that the company has of itself. Unexpectedly, the project was temporarily halted in early 2014.

In response to the fierce rivalry with Apple - whose campus had made headlines not only within the technology community but from the architectural community since its announcement - NBBJ began working on a new 680,000 square foot project for Samsung north of San Jose. The 10-level structure consists essentially of two-story blocks stacked on top of each other with intermediate green roofs that will offer opportunities for recreation and outdoor interaction and will become one of the tallest buildings in the new Silicon Valley.

Surrounded by mystery and speculation, in 2013 Google admitted its plans to build a new mega-complex in Mountain View called Bay View. The new project, also designed by NBBJ, comprises nine buildings in the form of curved rectangles with a total of 1.1 million square feet. For many, the choice of this firm was not very risky and the project that it produced, more or less conventional. However, all design decisions were based on studies conducted by Google itself to calculate the preferences of its employees and maximize productivity. 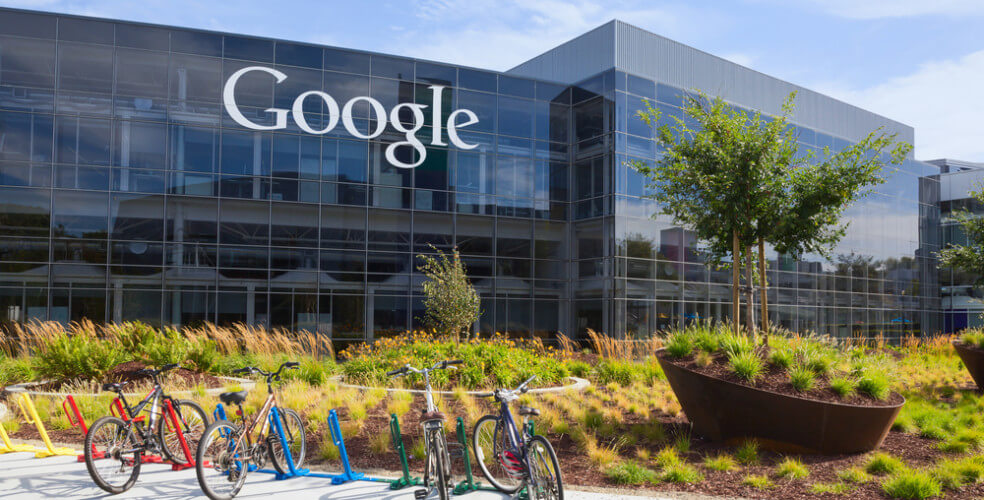 The main guideline was to make sure that no employee was more than two and a half minutes away from each other, creating unexpected encounters and, therefore, increasing opportunities to conceive ideas collaboratively. The project remains in limbo after Google announced the delay in construction to refine the architectural design.

The new architectural ambitions are not only revolutionizing the notorious suburban macroprojects in the Santa Clara Valley, but they have also extended to the interior design of San Francisco office spaces, combining work, recreation and hospitality areas, playful and colorful. With very large plants, totally open, every time there seems to be less interest in having private offices. Under these rules, both spaces and furniture must be reconfigurable, mobile and flexible.

For years, Google offices around the world have been characterized by more like small entertainment centers than serious work spaces - multiple cafeterias, pool tables, themed conference rooms and a lot more extras. Today, the workspaces in San Francisco have left behind the traditional concept of "office" and the new style of startups has ceased to be the exception to become rather the rule.