OnTheDotTranslations is a Miami agency with decades of experience providing high-quality translation, localization, and proofreading services to clients all across the globe.

As one of the foremost translation agencies in Miami, we supply a plethora of industries with our services from government agencies to small businesses - needless to say, we have you covered. Our client-oriented approach tailors our translation services to suit all needs, with high customer satisfaction rates stemming from our desire to exceed expectations. We strive for excellence, accuracy, quality, and a fast turnaround on all our projects.

Unlike other translation agencies in Miami, we cover a wide array of languages, from German to Greek, Italian to Indonesian, Russian to Romanian, we have your translation needs on hand.

We offer a wide range of translation services in Miami:

Individual or business, we will provide excellent translation services regardless of scale, treating your documents with the utmost care. We can cover and are not limited to: birth and death certificates, documents, websites, legal contracts, court documents, wills, patent documents, brochures, scientific literature and much more. Contact us today for information and quotes on the translation service you need.

We are much more than just a Miami translation agency!

Translation is a delicate process that needs to be handled with care; with context being the key to excellent service. It’s all about putting the right words in the right place, ensuring they make sense.

It’s due to this that we offer localization services, fitting the translation into a manner that maintains the nuances of the outputted language. Words have different meanings when they hit the page and it's critical that readers understand the true meaning of your important documents. This process molds the words around the culture and creates a more significant impact than what standard translation agencies would offer.

Our Miami agency understands that this intricate form of translation is essential in various fields, with our certified translators having the right skills to make this happen. Localization is imperative in fields such as law, science, and technology in which surgical precision is a necessity.

Who do we work with?

Our services are big and small, individual and business. Large businesses, for example, automotive and engineering, require precise translation to ensure that their documents and instructions are easily understood. Regardless of who you are, we treat all our clients with the same amount of respect and care - and we always strive for the best.

With Miami being a bustling economic hub for various industries, it can be essential to find a certified translation agency that can cater to every need. OnTheDotTranslations serves industries common to Miami; engineering, manufacturing, media, and tourism which are all essential to the local economy.

Miami is a city situated in the South of Florida and has acted as a famous landmark of the United States for years, with its prominence in pop-culture and media. Miami acts as a pearl on the east coast of the United States, featuring beaches, attractions and a booming nightlife scene that brings millions to the city each year. It's this tourism that Miami flourishes from, attracting visitors all through the year from countries across the globe.

Teams such as the Miami Heat, Miami Dolphins and the Marlins keep the city awash with a sport adoring populace, attracting fans from all over the USA. On the flipside, Miami is well-loved for its art scene and features all sorts of galleries, exhibitions, and displays adding vibrancy to the city. Places such as Wynwood will have the culturally inclined hopping between art exhibitions, taking in the inner feelings of Miami.

The entire city is a beautiful place, offering a tropical flair - yet in the heart of America.

Tourism acts as the biggest industry in Miami, which is no surprise with all of the fantastic attractions it has to offer. Thanks to the prevalence of Miami’s nightlife and restaurants offering a luxury experience for those traveling to the city. On top of that, Miami acts as the number one destination for cruise ships, bringing in all manner of different people each and every day. With all of this tourism and the absolute variety of languages they bring, having well-translated marketing and literature can ensure this tourism is capitalized on.

Menu’s, sign postings, tour guides for instance can all be used to target different tourists and OnTheDotTranslations can open up this golden opportunity. Not only will you receive excellently localized material, but you will be able to communicate better with a whole new set of tourists. 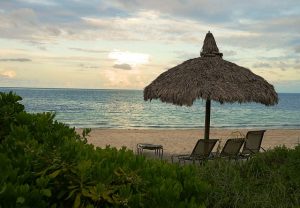 Aerospace and agricultural industries are a rooted industry in the city and rely on skilled employees not only from the USA but from other countries. Engineering has boomed in Miami in recent years, with a large aerospace industry and even that of space travel thanks to the not-so-distant Kennedy Space Centre. Florida, including Miami, bolster a large talent pool of skilled engineers from all walks of life who come to the area to work with local firms and partake in various projects.

Miami also has the highest concentration of international banks in the whole country, providing important financial services to people across the globe. With this comes employees, accompanied by foreign documents and certificates that need accurate translations.  Not only this, but the trading involved will be accompanied by documents from all across the world, in multiple different languages, requiring translation.

Quick turnaround and accuracy are imperative in translating these documents, with legal document translation being a core part of our business already.

Sunny skies, beautiful beaches, and a tropical aesthetic make Miami a prime location for media companies, with all sorts of television shows and movies being produced, created or set in the city over the years. Everyone remembers the likes of Miami Vice, Scarface and The Golden Girls, which are just a small dose of what has come from the city. Latin media has also become a giant market in Miami, due to the large Latin-American population. Music, TV, and films targeting that demographic are on the rise, with a corresponding need for localization and translation to accommodate for this.

Not only does Miami bolster a wide array of prevalent industries, but it has also been labeled as the happiest place to work in the United States (Forbes, 2019). The rich diversity of its working population could be a factor in this, being the best city for business in Latin America, bringing with it a Latin-American culture.

The languages of Miami

Miami acts as a cultural exchange, with it being so close to the border it shares a strong Latin-American population. As a result, around 60% of those in Miami speak Spanish and many of those do not have a strong command of the English language. This in mind, it’s clear that businesses need to ensure that their products and services reach all target markets with a message understood by all.

If you are in search of a translation in Miami that can exceed your expectations, make sure to contact us for a quote today.

How can we help you? - get in touch with us!

The terminology used in the translation industry can be a source of confusion for many people. Many terms are often wrongly used interchangeably. Localization and translation are two of such terms.

Localization refers to the process of taking a product or service and making it culturally and linguistically appropriate to the target locale (language, region or country) where it will be marketed. As such, localization is a much deeper process of which translation is part of. The process usually involves target graphics, content modification to the target market, local requirement conversions, local format conversion and adherence to local laws and regulations.

This makes it a time consuming and complex process that is best handled by professionals at On the Dot Translations. To tackle localizations projects we have invested in certain aspects including expert translators, localization experts, project managers and software developers. Our localization service process involves: