The Diverse Languages and Nationalities in California

When diversity is mentioned, we like to think in terms of race, but the professionals want to go deeper and categorize this into cultural diversity, religious diversity, socio-economic diversity, economic diversity, household diversity and at last racial diversity. In a recently released analysis, California ranked first in an overall diversity measure with West Virginia ranking least of all states. But how did they arrive at this?

The population diversity of California

According to the new Census reports, California has the highest population in the country as well as being home to the largest populations of four significant ethnic groups. The state has more Asians, Latinos, American Indians, African Americans and whites than any other state with is combined non- white population garnering a stunning 39 million Californians which translates into 61.5 percent of the entire state population. Only Hawaii comes close to those statistics. Besides being the most populous state in the United States, California stretches wide geographically making it the third largest state. Its vast extension coupled with conducive environment makes California an excellent pick for immigrants to settle when looking for places that are easy to adapt to life. 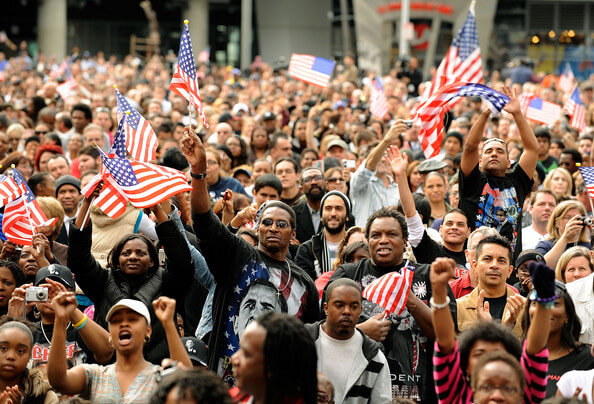 The language diversity of CA

With the statistics as mentioned earlier about how racially diverse, California is, it is linked with the cultural diversity. All these ethnic groups have cultural values and practices that may be hard to let go. California boasts of nurturing various culinary styles ranging from Mexican restaurants, Italian restaurants, Indian restaurants, and Filipino restaurants among others. California’s accommodating climate has played an essential role in nurturing the diverse culinary style. Its environment has made it possible for the local farmers to grow many types of food that are required for various cuisines. And with the diverse ethnic groups, the traditional cuisine is passed on for generations with each appreciating other styles. For example, tacos, originally from Mexico have grown to be a favorite food for Californians other than the Latinos.

Forty-two percent of Californians speak one or more languages other than English in their homes. Other than English, Spanish comes second as the most spoken language in California. This is driven from the history of California. Other languages commonly used are Vietnamese, Chinese and Korean. Anyone born, raised and living in popular cities such as Los Angeles or San Francisco will tell you that it is uncommon to hear Russian, Arabic, and Armenian in the streets. This shows that the locals come from various countries meeting in California for various reasons.

Another reason why California has been a magnet, attracting diversity is being a tech leader in the United States for ages. This aspect has attracted millions of tech-driven and ambitious people in their search for fulfilling their dreams. California has its employment index ranking high considerably beyond other states. Its attractiveness is based on protecting the human resource and housing millions of hardworking people from all corners of the globe. California is home to one of the world’s notable universities, Stanford University. There are other decent universities offering scholarships that attract thousands of scholars from all parts of the world.

Apart from having a rich educational diversity, California is the center of the American film industry, Hollywood which is undeniably the best in the world. It has attracted thousands of film talent from around the globe in search of stardom and breakthrough. The Hollywood studios have made many immigrants jet in and settle in California while straightening their careers in the film industry. California is a coastal state with existing beach culture. It has nurtured a surfing culture that makes it a great spot for all famed surf companies. The state has nurtured all opportunities into greater heights making surfing an important sport that has been recognized globally.

Above everything is California’s huge economic diversity. The state has various economy drivers ranging from oil, gas, entertainment, agriculture tech, education, healthcare, technology, and forestry. This makes the state attract people from all sorts of backgrounds and skills. The kind of existing diversity that keeps California on its feet keeps its diversity moving to positive heights.

California’s diversity has made it comfortable to anyone from any part of the world to settle in the United States and get their lives moving with whichever kind of career without feeling inferior or feeling of discrimination.