New York City is a popular tourist destination, receiving nearly 50 million tourists annually. People travel from all over the world to visit the unofficial capital of North America, resplendent in cosmopolitan lifestyle and a culture that's as equally diverse as its rich social and political history.

Whether for world-renowned cuisines, the wonderful culture or iconic sightseeing, tourists flock to New York year after year. Two million of these tourists go on to visit one of New York Harbor's most recognizable sites - The Ellis Island. Ellis Island, situated on the Hudson River, acted as an immigration station from 1892 until 1954. Its first immigrant was Annie Moore - a 15-year old girl from Cork - who first walked through its gates on January first and its last was Arne Peterssen, a Norwegian mariner, in the year 1954.

Now owned by the Federal Government, Ellis Island was first privately owned by Samuel Ellis in the 1770s. Before becoming a federal immigration station, for which it is more commonly known, Ellis Island had several titles and served many different purposes. It was previously called Oyster Island for its rich oyster beds, Kioshk by native Indian tribes meaning 'Gull Island,' Anderson's Island and Dyre. 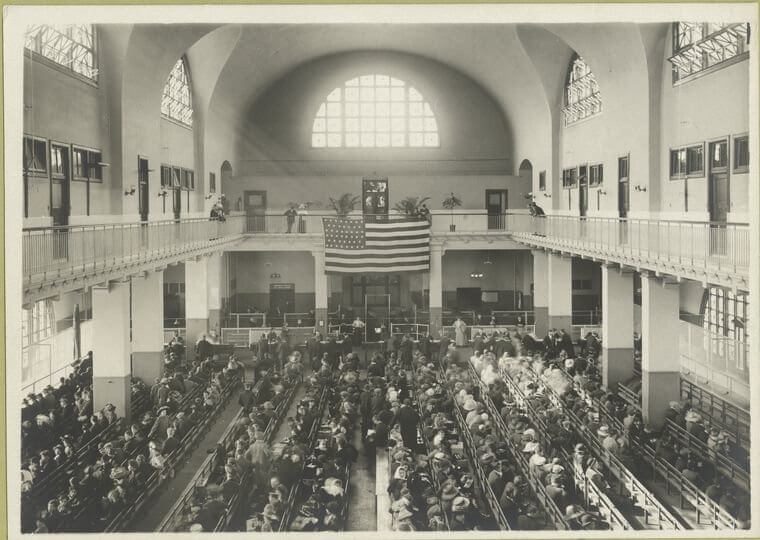 Ellis was created predominantly by artificial landfilling, which constituted nine-tenths of the modern island. As the island grew over the years from 3.3 acres to 27.5 acres, contention arose over its jurisdiction. As more than 83 percent of the island fell in the New Jersey City district, and the remaining portion within New York City, numerous legal wranglings ensued to identify direct ownership. Although a 1834 edict declared that the two states would share ownership of the island, a 1998 Supreme Court resolution declared that New Jersey held responsibility for all parts of the island created after the 1834 conclusion. Today, New Jersey and New York share ownership of the Island, which, following a declaration by Lyndon Johnson in 1965, was handed over to the US National Park Service, who tends to it along with the New York Harbor's other famous landmarks like the famous Statue of Liberty National Monument.

The Immigration Station of New York

The Immigration Station itself was designed by Edward Lippincott Tilton and William Alciphron Boring, both of whom received recognition for their design at the Paris Exposition in 1900. Over the years its iconic Grand Hall and cramped immigrant sleeping quarters held 12 million men, women, and children from Europe. During the peak of immigration in North America in 1907, nearly 1.5 million immigrants from Europe passed through Ellis Island. Of the hopeful millions, two percent were denied immigrant status, their rejection earning Ellis its nickname, The Island of Tears. Rejections were made predominantly on health bounds, whether for obvious reasons of disease or insanity or if they had past criminal records. Of those who were successful, however, 3,000 died on Ellis Island in hospital detention.

Different Immigration procedures were used by health officials to determine who was suitable to enter the USA. A 20-second medical examination was used to determine the health status of individuals, whether for heart problems, hernia or conjunctivitis, which was then indicated on their blazers or jacket before sending them for isolation, detention or dismissal. All in all, the process only took some two to five hours, leaving many free to enter America in relatively less time compared to the time spent on the arduous journey from Europe. 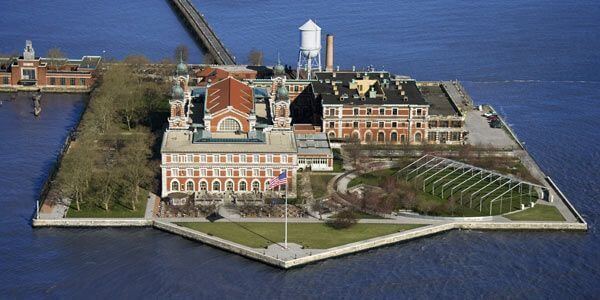 Most Immigrants on Ellis Island came from Europe. Other immigrants came from Asia and Russia, mixing faiths, religions, and cultures interminably. As a result, almost half of the American population can trace their family roots back to a relative who entered via the Port of New York Authority on Ellis Island. Thanks to the diverse population, there a lot of firm specialized for translation services in New York. Famous personalities that went through Ellis island include opera tenor Enrico Caruso, entertainer Bob Hope, filmmaker Frank Capra, actress Claudette Colbert, cosmetologist Max Factor and physicist Albert Einstein.

While millions of immigrants were shipped to the States through Ellis every year, nowadays, millions of tourists choose to take flights to New York and continue to visit Ellis Island, every year.