Los Angeles County is the capital of creation, with one of the most diverse economies in the world. Building on its notoriety as the home of cinema and music, Los Angeles also features a thriving tech industry, manufacturing base, international trade platform, innovative venture capital community and much more. Los Angeles is a hub of creativity and inspiration for the world. It is the most famous city in California and home to over 4 million residents.

Our translation services help the businesses of Los Angeles to expand into all segments of the world.

We offer a wide range of translation services in Los Angeles:

The golden era of Hollywood glamour allowed Los Angeles to make its mark on the world stage. Since the time when Charlie Chaplin and Buster Keaton were the kings of the cinema, Los Angeles has been a hub of creativity and inspiration for the world. It is the most famous city in California and home to over 4 million residents.

In the time before Hollywood, Los Angeles was not the star-studded affair it would come to be. Founded by 11 families known as the "Los Pobladores" Spanish colonialist that chose to make the area their home, it was originally named “El Pueblo Sobre el Rio de Nuestra Señora la Reina de Los Angeles del Río de Porciúncula” by the governor of Spanish California Felipe de Neve; which was eventually shorted to Los Angeles. This small settlement changed very little, its first census in 1841 reported a tiny population of only 141 people. In 1890, its population would increase to a mere 50,000.

The United States acquires California in 1848 after the Spanish American War and eventually, in 1850, it becomes the 30th state in the union. Los Angeles is like any good Hollywood star. It ages gracefully, continues to create a buzz, and never fails to impress us at this ability to change.

In the years that followed LA would gain a strong economic base in farming, oil, and, real estate, but by far its most impressive industry is that of Arts and Entertainment. In the creative community alone, it employs 400,000 workers with salary cost reaching nearly 40 billion dollars every year. The vast creative network in the LA ranges from the Entertainment industry to Communication Arts, Architecture, Gaming, Toys, Printing and Publishing, as well as, Digital Media, and many more.
The county of Los Angeles is one of the most diverse areas in all of America.

According to the U.S. Census Bureau results from 2017, Los Angeles population is made up of mostly Hispanic with 49% of the population, followed by White’s at 28%. The city also has a strong Black and Asian demographic along with a strong Armenia, Korean, Philippino, and Ethiopian communities. The average age of its residents are around 35 years of age, with a median household income of $60,197, and average 2.5 people for every household. Los Angeles has over 1,384,851 million households with in its county lines.

According to cpehn.org, more than 50% of Angelinos speak another language. 69% of those speak Spanish followed by Asian and Pacific Islander Languages at 19%. However, there are also Indo-European Languages (French and Italian among the highest), Hebrew, Arabic, and Hungarian speakers and is the most linguistically diverse areas in the state of California.

Los Angeles is the Headquarters of some of the most noteworthy companies such as, Direct TV, Health Net, Walt Disney, Northrop Grumman Corp (A world Leader in security), Jacobs Engineering, Dole Foods, Mattel, Live Nation, and Edison International these varied industry’s showcases the array of corporations that choose to make Los Angeles their home.

Alongside these top bands, LA features 22 automotive design centers, a thriving manufacturing industry with over 350,000 employees spread across 12,500 establishments, and an international trade market that exceeds $400 Billion with two of the largest seaports in the Western hemisphere.
Almost all that business, trade, and entertainment in Los Angeles is scattered within a stunning array of architecturally designed buildings from classic art deco theatres of the 1920s, to the creative sci-fi adventure of the 70s. Everywhere you look, you will find one architectural style juxtaposed with its polar-opposite only two doors down. A marvelous bit of magic featuring designs from world-renowned architects like Frank Lloyd Wright, Frank O. Gehry, Richard Meier, Renzo Piano, and Rudolph Schindler, just to name a few. Its beauty in design is matched only by its taste for food.
The gastronomical offering in the Los Angeles area range from the most expensive sushi restaurant around to the much-loved LA classic, the taco truck. Its restaurant offerings are an ever-evolving and revolving array of options. Pairing along-side its cornucopia of inhabits it remains just as diverse as the many people that chose to call it their home. 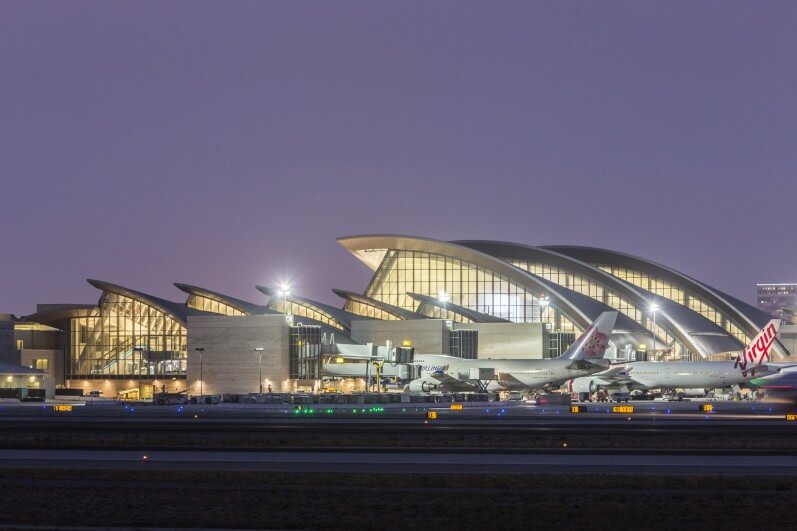