Accurate and Reliable Translation Services for Companies and Individuals in Anaheim

The home of “Disneyland” Anaheim is the second largest city in Orange County California. The Disneyland Resort in Downtown Anaheim is one of America’s most popular entertainments resorts attracting more than 18 million visitors in 2015. Anaheim’s robust economy is currently linked to the tourism industry with the Walt Disney Company and the Disneyland Resort among the biggest employers and generators of revenue. The city is also home to the second largest industrial park in Orange County where more than 2600 businesses have set up shop.

Our translation services help the businesses of Anaheim to expand into all segments of the world.

We offer a wide range of translation services in Anaheim:

Ever since the Disneyland theme park was opened in July 1955, Anaheim has experienced an economic boom. The opportunities provided by Disneyland attracted large numbers of people into the city to make it the tenth most populous city in California. With a tourist industry that shows no sign of slowing down anytime soon, the area has attracted all manner of investment. Most recently, it has also diversified its economy and now has an industrial park and convention centers. It currently is the headquarters to numerous businesses and hotels and resorts that serve the millions of tourists to the city.

Anaheim was founded in 1857 by 50 San Francisco residents of German origin. The group under Anaheim Vineyard Company purchased land that they called Anaheim. The farming endeavors of the group turned out to be a huge success as the area was California’s largest wine producer for more than 25 years. In the first half of the 20th century, Anaheim was a sleepy little rural town whose economy was dominated by orange and grape farming. Nonetheless, it was a thriving farming community of successful orange grove and wine producing farmers that was transformed forever when the Disneyland resort was built in 1954.

Construction of the Disneyland Resort and theme park was finished in 1955 and since then, the park has become one of the most visited tourist destinations across the globe with more 650 million visitors since it was opened to the public. Disney was built on 160 acres of what had been a walnut and orange grove plantation some of which still dot the property. Motels and hotels soon sprung up and the residential districts followed soon after with property values rising exponentially. The average family income in Anaheim is $59,707, while that of the average individual is $23,990 according to bestplaces.net. With so many opportunities available in tourism and hospitality sectors in Anaheim, the demographics of the city are quite diversified as it attracted people from all across the United States. The city has some of the most diversified populations in Orange County.

The population of Anaheim is 336,265 according to the 2010 Census. The racial composition shows that whites make up the majority of the city’s population at 52% with Hispanics, African Americans, and Asians also making significant populations. The city has small populations of Native Americans and Pacific Islanders. With Whites and non-Hispanic whites the majority in the city, most people speak English at home. However, Hispanics and Asians make up a significant proportion of the population and as such there are many homes that speak Spanish and a variety of Asian languages.

Tourists also do come to Disneyland from all across the United States and across the world making for a plethora of languages spoken in the city. Notable companies that have set up their offices or headquarters in Anaheim include Time Warner Cable Communications, Kaiser Foundation Hospital, L-3, Hilton Anaheim and of course the Disneyland Resort, all of which employ a lot of people from different backgrounds.

With the population explosion in recent years, the city has a very high cost of living which can mostly be blamed on the exponential explosion in housing prices in the city’s limits.

While Anaheim has a very urban feel to it, the city’s neighborhoods still maintain their vintage charm leftover from the Orange and Wine farming days. The city’s economy that relies on tourism contributes 4.7 billion every year to the economy of California. The Disneyland Resort alone is responsible for generating $255 million in taxes annually and this has always increased year on year. With the diversification of the economy into convention tourism and manufacturing, the city’s economy is only going to get stronger.

Anaheim economy is set to continue growing with projections putting the job market grow by 38.9% over the next decade, which is higher than the United States average. With such growth, Anaheim is sure to attract a lot of job seekers and investments from all manner of industries from tourism to entertainment and manufacturing. 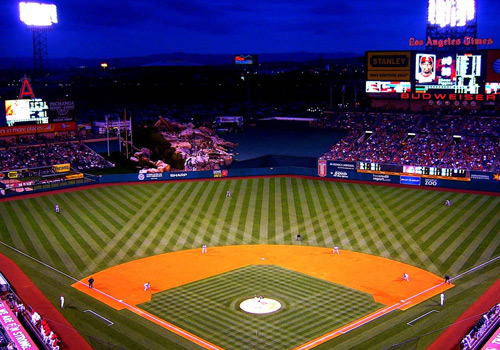